The Cheesiest Record I Own

Occasionally we get promotional emails from PR firms and artist management teams who want to make sure we know what's going on and coming up from their artists. We welcome it, and it helps us start conversations and book guests from time to time.

Last week, I got a real doozy.

We received an email that, in summary, said: "In celebration of the 20th anniversary of Kelis' breakout hit 'Milkshake...'

First of all, hold up.

Holy cow. That's a lot of boys in the yard, and no doubt more than a few cases of diabetes. Also, just wow. [feels age and inevitable death verily, heavily creeping in]

To continue: "In celebration of the 20th anniversary of Kelis' breakout hit 'Milkshake,' she has partnered with Kraft..."

Kraft? THAT KRAFT? The cheese and condiment purveyors?

"In celebration of the 20th anniversary of Kelis' breakout hit 'Milkshake,' she has partnered with Kraft on a new single, 'Square It,' and we'd like to send you an autographed copy."

Well, you've got me there. I may not be in the target demographic for "Milkshake," but I am most definitely in the target demo for Kraft Foods, and I'm always down for pretty much any combination of the words free, vinyl, or autographed.

Now to be honest, I wasn't sure this was a real offer, or that there wouldn't be some strings attached if I was indeed being offered an autographed vinyl by the "Milkshake" songstress. Was this a gag? Was this going to somehow be a song about cheese or food? I didn't know for sure, but I sent them my address and kind of figured they'd figure out I don't really matter, and that would be the end of it.

But oh no. Two days later a FedEx truck pulls up to my house and leaves a box. I wasn't expecting anything, so I cluelessly opened the package and instantly squealed with delight. 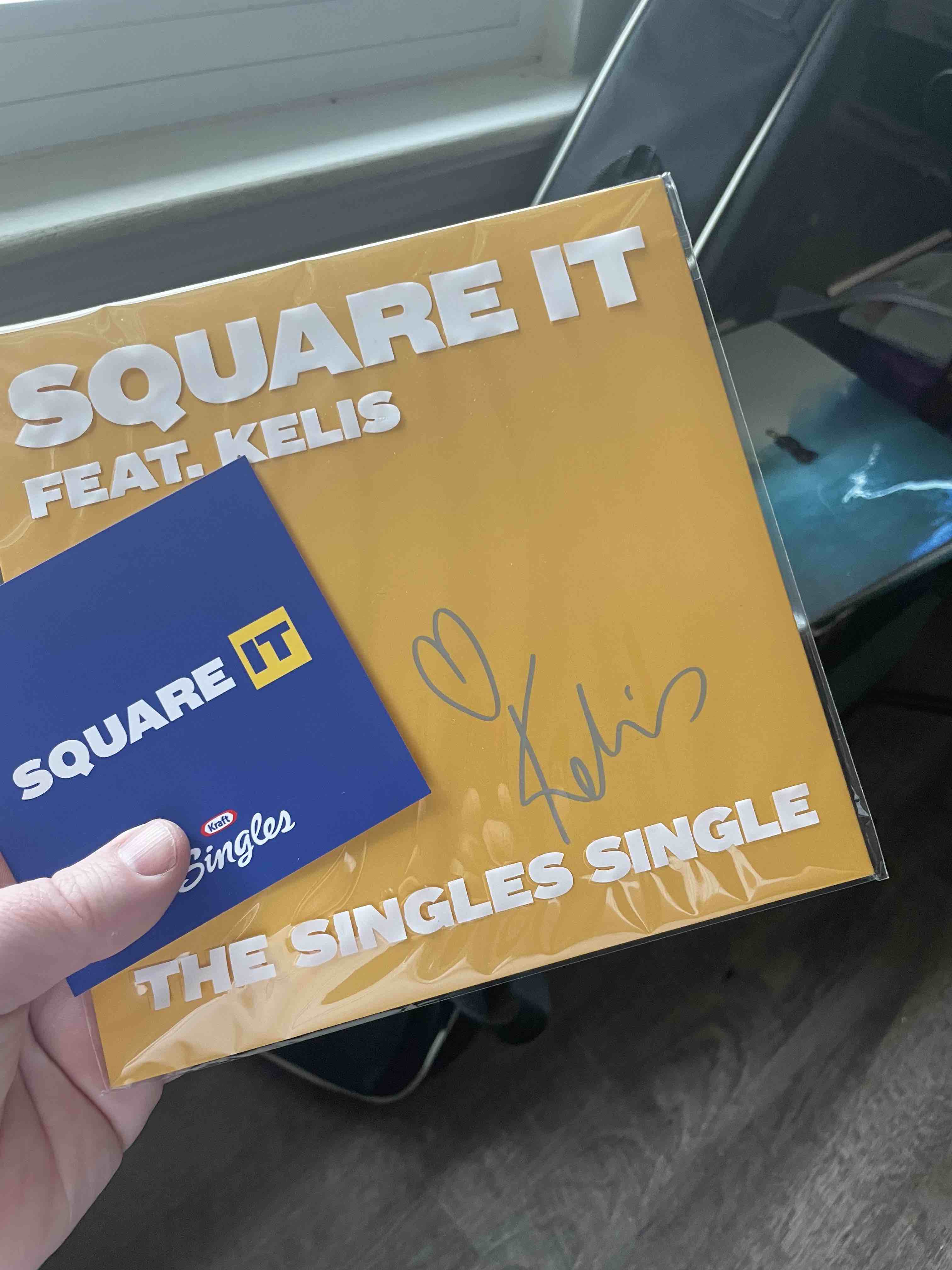 I held in my hands, "Square It: The Singles Single," autographed as promised, with a heart added (easy Kelis, I'm happily married but we can hang out in a group setting.) Additionally, I learned upon flipping it over that it was one of a hundred numbered copies, and mine was #7.

I had to know what it was, and what it sounded like. I carefully opened it, impressed by the packaging, with embossed lettering under the print of the outer plastic, full lyrics on the inside, and a pocket in the liner which held the printed jacket for the 45.

I have to say, the cut of the vinyl was pretty awful. I'm no expert, but even I noticed. But at this point, fully aware that this is a marketing thing only, it didn't make it any less enjoyable.

I put it on the turntable and dropped the needle. Her voice was deeper than I remembered. A lot deeper. Wait, was this her, or was a guy rapping an intro?

Snap. I was spinning it at the wrong speed. Rookie mistake. Let's try again at 78rpm.

Ahh, there we go. There's Kelis, sure enough, once again extolling the virtues of dairy. It turns out this is a very specific song. I don't know why it hadn't fully dawned on me with the bright yellow jacket, or the subtitle, "The Singles Single," but this was a song about one particular cheese product, not just cheese at large--no, this was about the Kraft American Single.

Throughout the next 90+ seconds I was encouraged to, let's say, expand my usage of the classic yellow cheese single. It was a 50 Shades of Gray-type experience, meant to push me to my limits in regard to my experimentation with Kraft American Singles, spurred on by the multi-platinum recording artist, and apparently quite the foodie, Kelis.

While I wish I could say the song itself was something worthy of a full Great Song Podcast episode, I can't. I will tell you this, though--you'll remember the hook. The production is solid, and the chorus will catch you later after you listen.

The video was directed by Scheme Engine director Sammy Rawal, and it stars social media star Honey Balenciaga as a dancing, vogue chef.

All in all, I gotta say, I've thought much more about Kraft Singles in the last week than I have in many years, and now I'm passing that on to you, so I guess this is how viral marketing works.

Love to hear your thoughts on the song, the vinyl, the video, and yellow American cheese in general. Thanks for reading. Now go listen to some music. 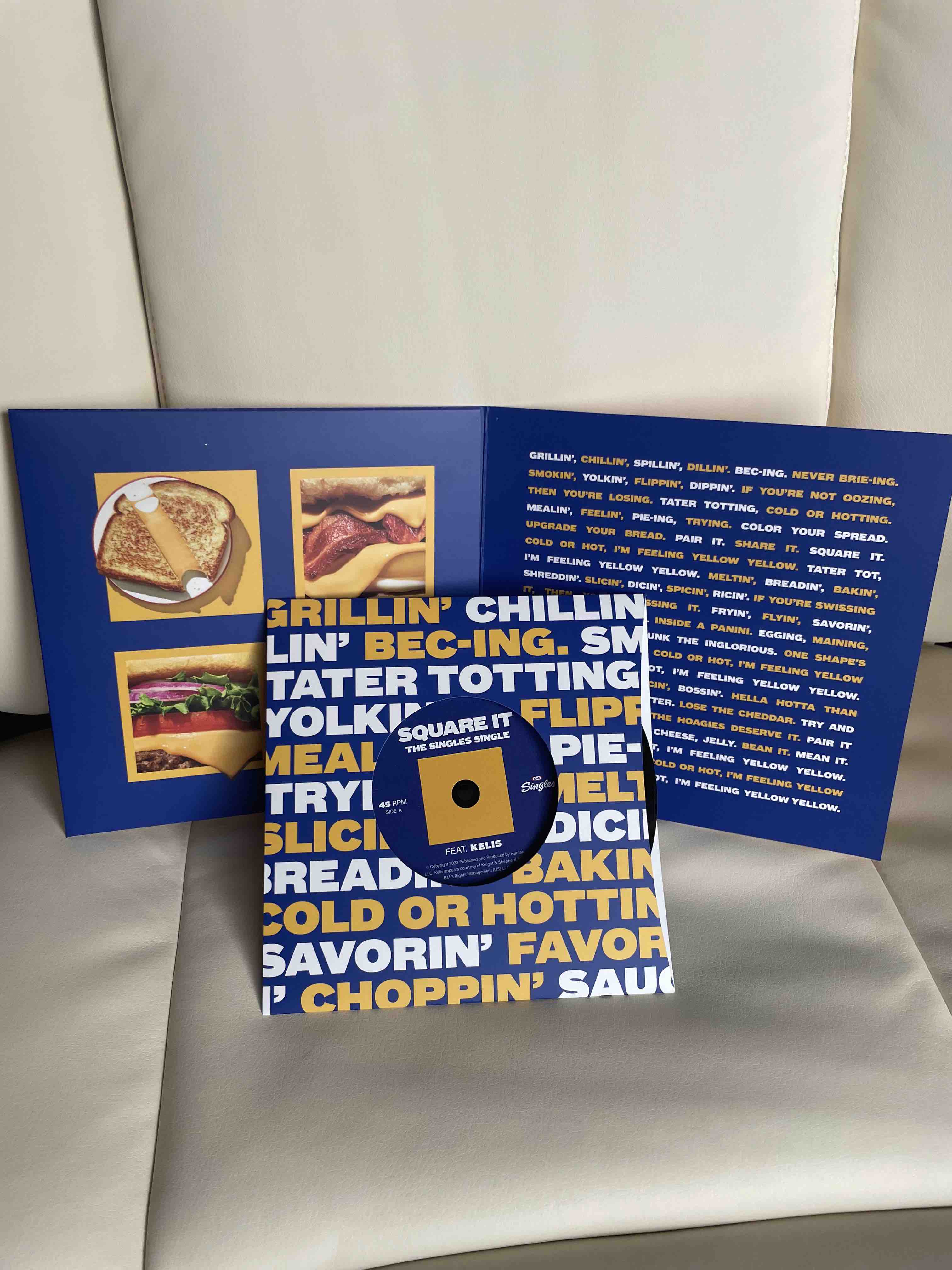