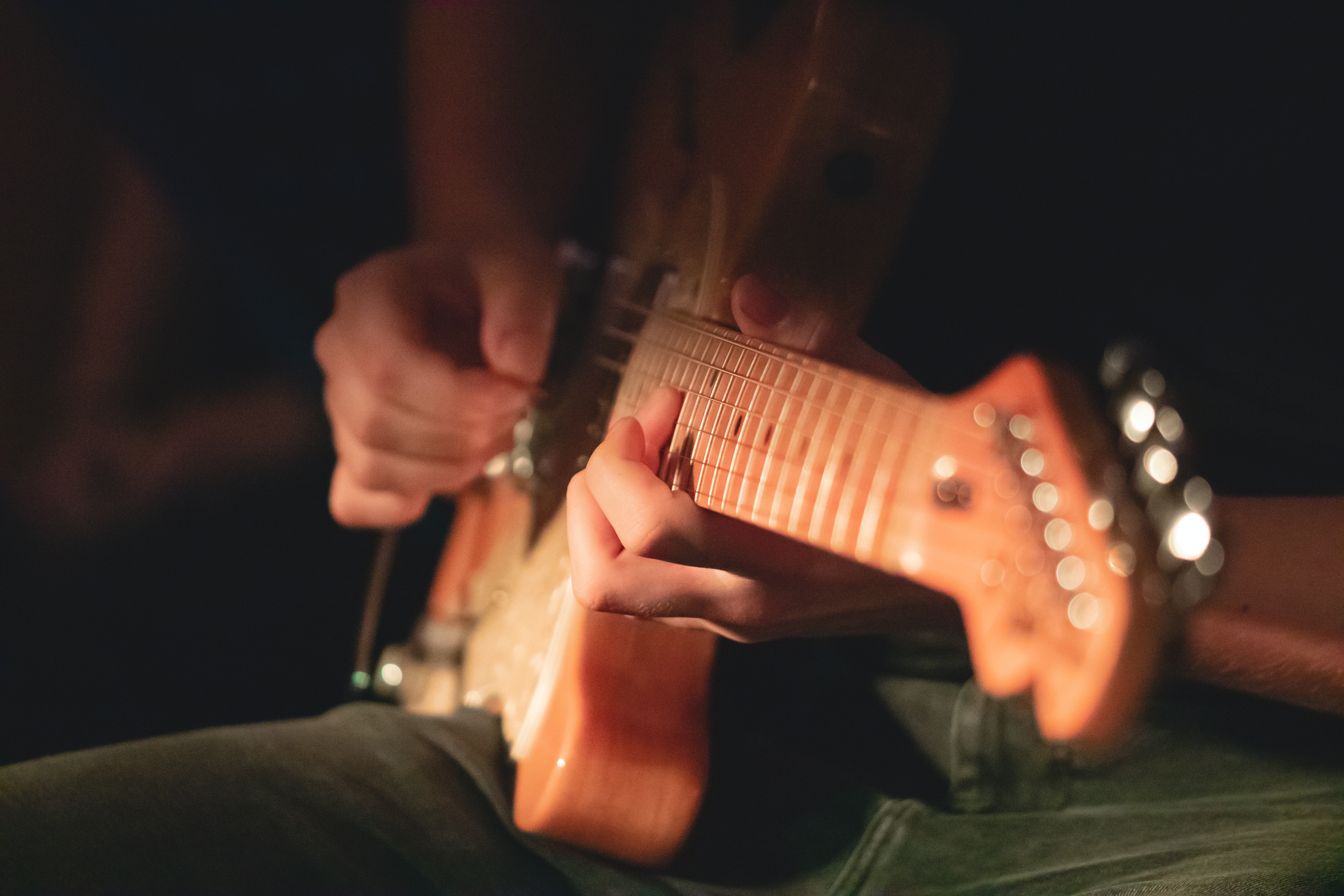 I waited years to post this. I waited years to even compile this list. I’m probably forgetting at least 5 more solos that are criminal to exclude, but I cant hold it in anymore.  I just have to let it out and start the discussion. So here they are, in no particular order: my favorite guitar solos of all time.

BEFORE WE START: I’ll give you the timestamps for the solos, but if you have time you should really listen to the whole song for context. A solo’s effectiveness is multiplied by its context.

This is the obvious one. Anyone who knows me as a guitarist knows I’m a huge Van Halen mark. Just pinpointing one EVH solo was a real challenge and took forever, but I always end up back with this one. There are myriad reasons why this is maybe my favorite song of all-time, but that would be an entire post on its own. But just regarding the solo--the entrance, the tone, the variation of classic Chuck Berry-esque licks and the inimitable fire and style of Eddie Van Halen make this an all-time classic. No two-hand tapping necessary–this solo just wails.

We covered "Right Now" in-depth with our great friend Robby Wade back in Season Two, and you can catch that episode here.

Look, even I’m not sure how Poison made this list. I almost feel ashamed. I should be more mature than this, right? What’s even more mind-boggling is that I had to make myself choose between this and C.C. DeVille’s solo from “Nothing But a Good Time.”  But somehow I couldn’t leave this solo behind. Some of it is stock boxed-in licks, to be sure, but there are about 3 or 4 spots in here that make me leave my seat every time. I didn’t know Poison was capable of this kind of beauty.

We covered this song, Poison, and the genius of Ritchie Kotzen, at length in our Season Six Patreon bonus episode.

If I had to stamp a #1 on this list, it would land here. This solo is the single-most inspired, emotionally true, right-for-the-moment piece of art I have ever heard. It transports me to another place. Do yourself a favor and listen to the whole track so you can really get it.

This is hard to even describe. The sheer musicality of this is beyond what I can comprehend. There’s a little cleaner studio version, but I like this one just to watch his fingers and brain at work. And the mind-boggled reactions of his own guitarist behind him are priceless. “Wow,” he says at the end. Wow indeed.

We haven't done an episode on "Danny Boy," but we did cover George Benson's "Turn Your Love Around" back in Season Five.

First of all, young guitarists take note: this is how you launch into a solo. Everything else is soulful and amazing, but the entrance kills me every time. This solo is not blazing-fast or technically impressive, and mostly stays within that classic blues-scale box, but it’s so tasteful and so right, it can’t be denied.

We covered "Another Brick" very early on in the show, and you can listen to that episode here.

This one is the sentimental favorite. It reminds me of riding around in my dad’s brown Dodge Ram listening to this album as a kid, and always makes me feel wistful and warm. But there’s something special and memorable about this solo, and its phrasing and tasteful major/minor interplay really appeal to me and influenced me as a player.

We did an episode on this song, and we spoke with Phil Grande in what we understand to be his final interview before he unexpectedly passed away just a few months later. You can listen to that episode here.

So that’s my list. I know–there was no mention of any number of notable guitarists or well-regarded solos, and that’s why you’re here. What did I leave out? What on here is an insane pick?  Let me know.  Thanks for reading.