Bruce Hornsby is the Gold Standard of Live Acts 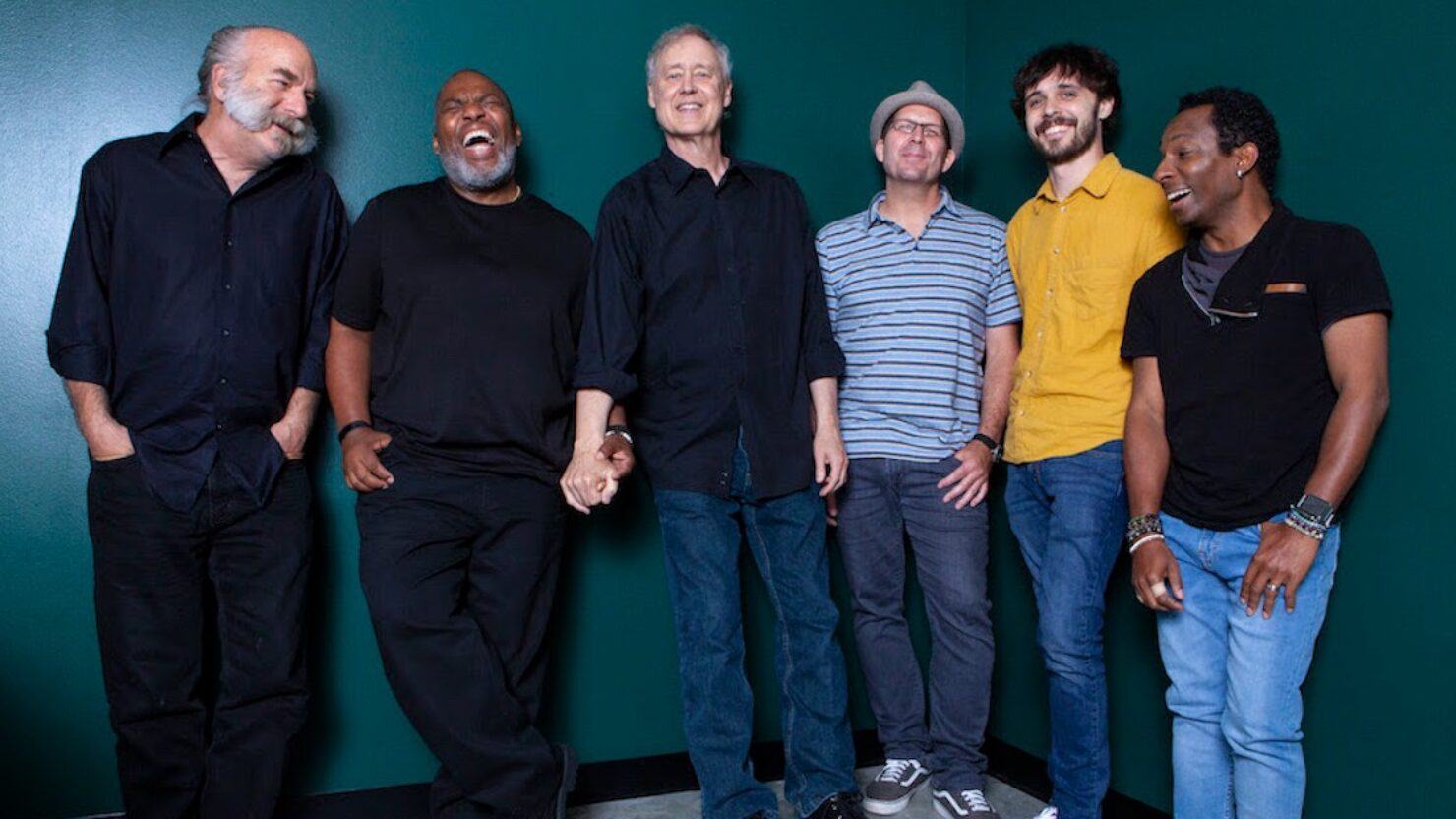 Last week I was privileged to see Bruce Hornsby & The Noisemakers for the third time, with my best seats to date.

The first time I saw Bruce was with JP a number of years ago at Chastain Park, an outdoor ampitheater in Atlanta, where we sat in the very back on a grassy knoll and thoroughly enjoyed the show while we got asked if we had any marijuana. I'll never forget JP's commentary: "What about us makes it look like we would have any weed? This guy's like, 'Hmm, which one should I ask, the one wearing a headband, or socks with sandals?'"

My second Bruce show was in 2017, again with JP, at the Schermerhorn Theater in Nashville, with surprise guest Ricky Skaggs, and of course seeing Bruce and company interplay with such a musical legend/monster as Skaggs was incredible. We sat in the front row of the balcony--a great vantage point, to be sure, but still relatively far away.

Last week I caught Bruce at the mid-sized Walker Theatre in Chattanooga, and I snagged 4th-row seats. I opted for orchestra left/stage right seats, because I've only ever known Bruce to set up on that side of the stage, and I wanted to see his hands work up close.

Other than the fact that JP could not join me this time, it did not disappoint. In fact it only affirmed my belief that for my money, there's no better live act in the world. I've seen many of my favorite artists, but there's something special, and indeed something different, every time when it comes to seeing Bruce Hornsby.

First of all, his music is incredible, and his musicality in general is almost unchartable. His ability to go in and out of pop, funk, bluegrass, 20th-century atonal, polyrythmic and improvisational moments is absolutely mind-blowing, and his virtuosity on a piano is like nothing else in this world. But we knew this already.

What makes the live band experience so incredible for me is that the songs are merely the starting point for what becomes a highly exploratory musical experience. The band opened up with one of my favorite live cuts, "Circus on the Moon,"  featuring a band exercise that never fails to delight, in which each instrumentalist takes a solo, in a round that shortens with each lap around the stage-- organ, guitar, bass, drums, violin, and piano, each taking 2 bars to shine, then 1 bar, then 2 beats, then a mere one beat solo before finally all landing together in a glorious 1-bar cacophony before the outro. Just keeping track of who's got the ball is a load of fun for me, and hearing it all come together is thrilling.

From there on, the set list is almost by all audience request, a feat in itself--these aren't exactly Ramones tunes, after all, so pulling them out from memory, with all their live arrangements and often-embellished endings, is quite something.

This is where we really get to what makes this band my favorite act. In order for this highly improvised show to work, the entire band has to be constantly locked in and focused in a way that only great jazz musicians could truly understand, and in some cases I'd argue the demand for focus is even more so.

The band is set up in a horseshoe shape, so that everyone can see everyone else, and more importantly, everyone can see Bruce. He calls the songs, the solos, the breaks, and the endings. With a wave of his hand or a nod of his head, the spotlight glances from himself to organist J.T. Thomas, fiddler/mandolin player John Mailander, or guitarist Gibb Droll, who himself did a beautiful 30-minute opening set for the evening.

When I say a wave, I truly mean something that could barely be called that. It's not the manic wave of a friend you just saw across the room, it's more like the nonchalant wave you give to let someone go at a four-way stop. But these guys are so locked in that they never miss it. All night long Bruce hands out improvisational quizzes to the band, and they ace them every time.

One of the most impressive displays of the night was during the tune "Life in the Psychotropics," when Bruce and drummer Chad Wright (who's played for everyone from The Jacksons to JLo) went off on an uptempo, polyrhythmic, atonal exploration in lockstep duet, never missing a hit and sticking the landing. It's the kind of thing you can't fully take in in one sitting--which makes it all the more wonderful that so many of Bruce's shows are available for download.

Anyway, the point I'm making about this incredible group of musicians is that they do so well something I'm of the belief that all bands should do, and it's one of the prime factors for me in judging someone as a real pro as opposed to a good amateur--they pay attention. With their eyes, certainly, as every punim is locked on Bruce, resulting in a night full of smiles, winks, and laughs, but just as importantly, with their ears. Where are we? What are my bandmates playing? Is there a rhythm or melodic line here I can pick up and elaborate on? Are we sensing a shift in direction? All these exchanges happen for 2 solid hours in micro-secondary intervals--it's a near-superhuman feat, and one for which many instrumentalists could not handle the demand.

But for the Noisemakers, it's absolute freedom. These guys have put in the work, and in particular with bassist J.V. Collier and the aforementioned J.T. Thomas, they've played so many of these sets with Bruce over the years, that to be in this setting is not stress; it's a run through the open field. It's Minecraft. What set are we going to build today? Well let's start with this block and see what we feel like after that. How's this song going to start--let's wait for the nod from Bruce after he finishes his off-the-cuff intro, which may equally quote 12-tone rows from Arnold Schoenberg or a Joplin rag.

It's no wonder fans of the Grateful Dead and Widespread Panic have chosen Bruce as the perfect compliment to their jam-band tastes, and found him worthy of following around the country, or as the guy in front of us has, literally leaving his home in Sweden to follow Bruce around on his current U.S. tour. If this is your thing, nobody on earth does it better.

You'll hear some of your favorite hits at a Bruce Hornsby show, to be sure--Every Little Kiss, The Way it Is, Mandolin Rain--all these and more make regular appearances to nod to the crowd members who are there solely to recall them. But God only knows what form they will take. To my hilarious surprise, Bruce made a point to play the piano solo on "The Way it Is" exactly as it appears on the record.

So of course the show gets an A+ rating from me. They always will. My favorite studio artist is also my favorite live artist, and that's an amazing combination, and a triumph of two different kinds.