The Concert of a Lifetime: Cody Fry and Friends 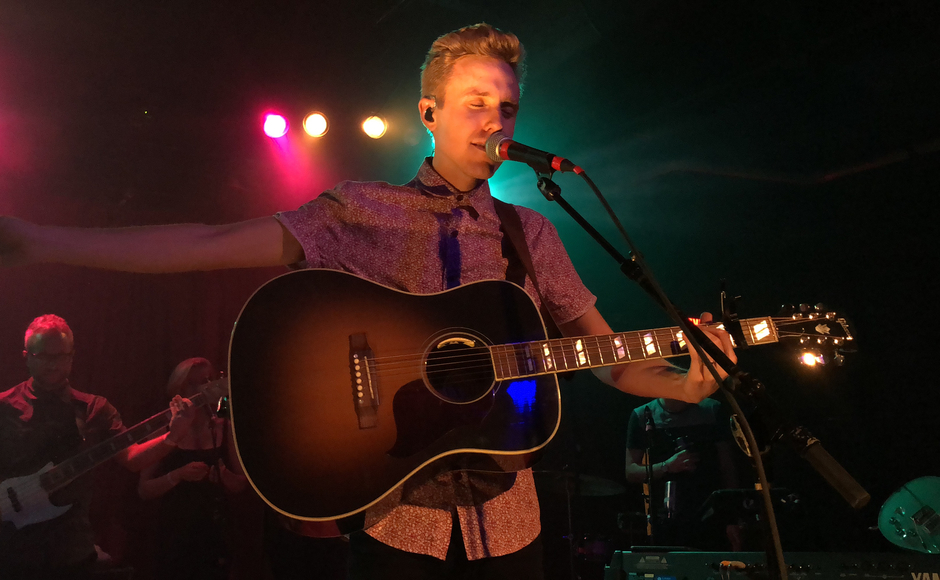 I want to preface this by saying, right upfront: unlike my meeting with Paul McCartney, the following account 100% actually happened. #IWillNeverTellALie

Last night I, along with JP and our wives, had the absolute pleasure of attending the one-night-only Cody Fry and Friends, as our official celebration of five years of The Great Song Podcast. I scooped up tickets as soon as they became available, because I just knew it would be a special night, and that it would sell out the Belmont University's beautiful new 1,700-seat Fisher Center.

Both of those things turned out to be very, very true.

So the premise was this: Cody, whose music is a wonderful blend of hooky pop songwriting, beautiful prose storytelling, and cinematic emotion, puts together a single night set with an all-star band and a 60-piece symphony orchestra. If you've heard his Symphony Sessions release, you know how powerful his songs are with a live orchestra (and you may have a clue about one of the night's special guests).

I was interested to see if some of his more pop-oriented offerings would make the set, or if the whole thing would be geared toward the orchestra. I was very pleasantly gratified to not only hear "Thinking About You," which Cody covered with us in longform in Season 9, but several other of his more danceable, head-noddable numbers. In fact, I can honestly say this: If you had asked me to put the setlist together for the night, for my own personal concert, it would have lined up almost exactly with what went down. The set was impeccable...as were the aforementioned "and Friends."

Shortly into the evening, Cody casually mentions, as a song is about to start, "We're missing a guitar player," and my heart leaps. I was holding out hopes for a couple of particular guests, and one of them was a certain blue-Stratted funk machine.

I couldn't have been more excited, then, to see a shrouded figure (yes, literally shrouded head to toe like a druid), walk out onto the stage mid-song, holding that gorgeous signature Fender--anyone who knows the guitar immediately knew, and the rest of us found out when he threw back his menacing black hood--Cory Wong was in the building. Interrupting the arrangement with a chorus of Strauss' "Also sprach Zarathustra" (aka the Space Odyssey song, a-aka the Ric Flair song), then immediately back into the funk section of "Want Me Back," Cory would remain with the band for the pop numbers for the rest of the evening. Delightful.

A running theme throughout the evening was what I would call overwhelming excitement and gratitude. Every guest took a moment to speak about how beaming proud they were of Cody, and how happy they were to see this night come together as a dream come true for a musical brother. Cody himself took several pauses throughout the night to soak in the moment, and was clearly beside himself with joy and gratitude--his energy and elation were both endearing and adorable.

Next up we had the über-talented Scott Mulvahill joining the stage to do his thing with an upright double bass and his silky-smooth vocals, on his velvety, minor-keyed track "The Lord is Coming."

And the final guest of the night would be two-fold: Cody swerved us a little by saying, "My next guest has always wanted to conduct an orchestra, so I'm going to bring him up to do that now--please welcome Joy...and his friend Ben."

Not only was Ben's appearance super exciting on its face, but he really devastated my feels by performing the song we chose to cover with him for our 4th anniversary episode, "Old Friends," as well as "Sailboat," his track with Cody from the Symphony Sessions.

I'm realizing here there's no way you would read my full account of the evening--so let me bullet-point the rest of my thoughts to give you a fast track to the overview.

- Cody's conductor for the evening was his dad, composer Gary Fry. *cue tears*

- Cody taught vocal parts and conducted the musical Nashville audience as we all sang to his Grammy-nominated arrangement of "Eleanor Rigby." It was v fun.

- The Fisher Center crew were amazing, and Cody went out of his way to shout them out by name. The mix of the orchestra was so good that you would have believed it was just a recording playing.

- The two-song encore finished with the one song I'd have gone home disappointed without hearing--"Underground," from his 2012 Audio:Cinema album and this breathtaking performance from Symphony Sessions.

Perfection is a legitimate word to describe the event, and everyone in attendance seemed so happy, not just to be there to witness and take part, but genuinely thrilled for Cody. It was clearly a dream night for him, and Nashville came out to throw praise and flowers in a most boisterous way. It was literally the kind of thing that one may only experience once in a lifetime.

It was an incredible way for us to celebrate five years of the greatest fun we've ever had--bringing you The Great Song Podcast, and getting to know some of these legends ourselves.

We'll be officially celebrating on the show in a couple short weeks, but for now I'll just say what I always say--thank you.

Go listen to some music.